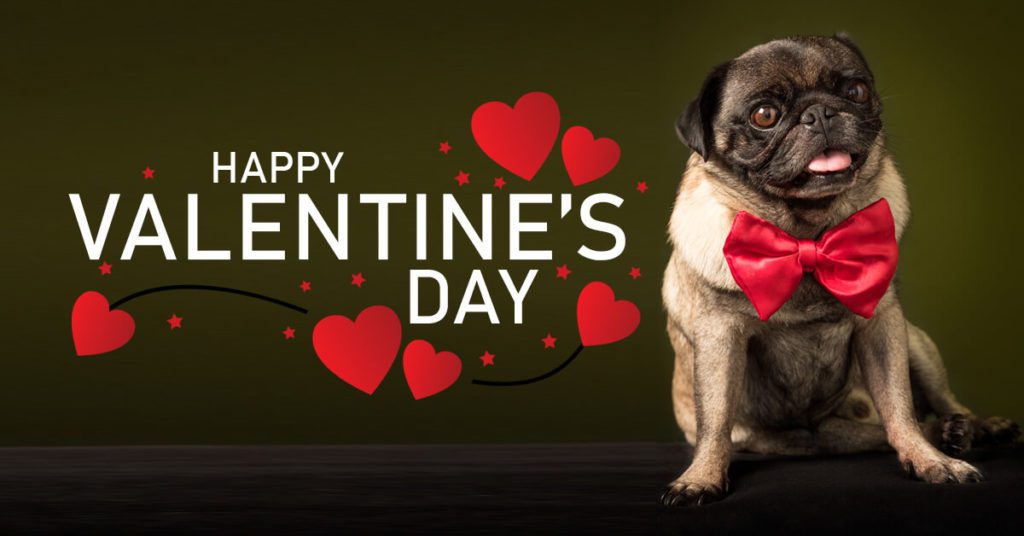 17 Fascinating Valentine’s Day Facts That Will Probably Surprise You.

There’s a super interesting history behind the most romantic day of the year.

Every February 14, lovers from around the world exchange chocolates, flowers and lavish gifts to celebrate the most romantic day of the year: Valentine’s Day. But while this popular holiday is now known as a day full of sweet Hallmark cards and romantic dinner ideas for two, did you know there’s actually a fascinating — and pretty dark — history of Valentine’s Day that dates all the way back to ancient Rome?

If you’re wondering how this holiday — and its candy-filled traditions — came about, these fascinating Valentine’s Day facts offer a deeper look into the age-old celebration, including interesting details on conversation hearts, heart-shaped chocolate boxes and even the first Valentine message ever sent. Whether you’re spending this February 14 with your sweetheart or you’re using it as an excuse to eat tons of Valentine’s Day chocolates, read on to learn facts that may surprise you.

You may already know that Valentine’s Day was named after its patron saint, St. Valentine — but there’s actually some confusion surrounding which St. Valentine the holiday technically honours. According to History.com, there are at least two men named Valentine that could’ve inspired the holiday, including one Valentine who was a priest in third-century Rome. As the story goes, this Valentine defied Emperor Claudius II’s ban on marriage (he thought it distracted young soldiers), illegally marrying couples in the spirit of love until he was caught and sentenced to death.

Another legend suggests that Valentine was killed for attempting to help Christians escape prison in Rome and that he actually sent the first “valentine” message himself while imprisoned, writing a letter signed “From your Valentine.”

2. Valentine’s Day has its roots in an ancient Pagan festival.

Though some historians believe that Valentine’s Day commemorates the death of St. Valentine on February 14, others believe that the holiday actually has its origins in a Pagan fertility festival called “Lupercalia,” which was celebrated on February 15 in ancient Rome. Dedicated to Faunus, the Roman god of agriculture, and Roman founders Romulus and Remus, the day was celebrated by sacrificing animals and smacking women with animal hides, a practice that was believed to encourage fertility.

3. In the 1300s, it officially became a holiday associated with love.

At the end of the 5th century, Roman Pope Gelasius officially declared the date of February 14 “St. Valentine’s Day.” It wasn’t until the Middle Ages, though, that the holiday became associated with love and romance, a tradition that first started from the common belief in France and England that birds started their mating season on February 14.

4. Cupid has its roots in Greek mythology.

He’s the charming cherub that appears on Valentine’s Day cards, often depicted with a bow and arrow — but how did Cupid become a common symbol of Valentine’s Day? According to Time, the figure can actually be traced all the way back to 700 B.C., to the Greek god of love named Eros, who was actually a handsome, immortal man with the intimidating power to make people fall in love. It wasn’t until the 4th century BCE that the Romans adopted Eros into the image of a cute little boy with a bow and arrow, naming him “Cupid.” By the turn of the 19th century, Cupid had become linked to Valentine’s Day due to his love-matching powers.

5. The first valentine was sent in the 15th century.

The oldest record of a valentine being sent, according to History.com, was a poem written by a French medieval duke named Charles to his wife in 1415. Charles penned this sweet note to his lover while he was imprisoned in the Tower of London at just 21 years old. One of the lines in the poem? “I am already sick of love, My very gentle Valentine.” Swoon!

6. Not until the 1840s did we get the first mass-produced valentines.

People started exchanging cards and handwritten letters to both lovers and friends during the 17th century, but it was in the 1840s that the first Valentine’s Day cards were mass-produced in the U.S., sold by Esther A. Howland. Known as the “Mother of the American Valentine,” Howland is credited with commercializing Valentine’s Day cards in America, and she is remembered for her elaborate, crafty cards made with lace and ribbons.

7. The tradition of giving Valentine’s Day flowers dates back to the 17th century.

Giving red roses may be an obvious romantic gesture today, but it wasn’t until the late 17th century that giving flowers became a popular custom. In fact, the practice can be traced back to when King Charles II of Sweden learned the “language of flowers” — which pairs different flowers with specific meanings — on a trip to Persia and subsequently introduced the tradition to Europe. The act of giving flowers then became a popular trend during the Victorian Era — including on Valentine’s Day — with red roses symbolizing deep love.

According to the National Retail Foundation, Americans spent over R304 billion on Valentine’s Day gifts in 2019, and were expected to spend a record-breaking R417 billion for 2020 — including R36.5 billion on candy alone! People also expected to spend an average of approximately R2,984for Valentine’s Day last year, with men spending around R4,430 —compared to women spending R1,614. Time to step it up, ladies!

According to Hallmark, a whopping 145 million Valentine’s Day cards are exchanged every February 14 (and that’s not even including all those kids’ valentines exchanged in classrooms!). This makes Valentine’s Day the second biggest holiday for exchanging greeting cards, after Christmas. And how sweet: Teachers receive the most Valentine’s Day cards annually, followed by children, mothers and wives. Needless to say, we’ve come a long way from 1913, which was when Hallmark Cards produced their first Valentine’s card.

10. And they also spend millions on gifts for their pets – we love this point!

11. The Valentine’s Day gift that people spend the most on is jewellery.

Candy and flowers might be some of the most common gifts for Valentine’s Day, but according to the National Retail Federation, the category that we typically spend the most on for February 14 is jewellery, at a whopping R88 billion in 2020! The second most-paid-for gift on Valentine’s Day 2020 was an evening out with R65 billion, followed by clothing, candy and then flowers.

12. The first heart-shaped box of chocolates was introduced in 1861.

13. Conversation hearts got their start as medical lozenges.

Weirdly enough, the story of conversation hearts first began when a Boston pharmacist named Oliver Chase invented the machine that simplified the way medical lozenges — used for sore throats and other illnesses — could be made. The result was America’s first candy-making machine because the pharmacist soon started shifting his focus from making lozenges to candy instead! Chase founded the New England Confectionery Company or Necco, and the candy lozenges soon became what we know today as Necco wafers.

14. But it wasn’t until 1866 that we first got sweet printed messages on conversation hearts.

It was Oliver’s brother, Daniel Chase, who started printing sentimental messages on the Necco sweethearts, though these candies were bigger than the versions we have today — and featured much longer printed sayings and phrases. Some of the first messages? “Married in white you have chosen right” and “How long shall I have to wait? Please be considerate.”

15. More than 8 billion conversation hearts are manufactured each year.

And Necco has to start making them just days after February 14 to have enough in time for the next Valentine’s Day. That’s almost 100,000 pounds per day! Each box has approximately 45 sayings — including “True Love,” “Hug Me” and “You Rock” — but you can personalise your own, too. But don’t worry if you still have last year’s box — they have a shelf life of five years.

I mean, what better day is there for a marriage proposal than a day literally dedicated to love and romance? Valentine’s Day is one of the popular days to pop the question, with as many as 6 million couples getting engaged on February 14. And according to the results of this survey, Valentine’s Day was voted the best day of the year to propose than any other day — and of those people who voted, 40% were men!

17. It’s celebrated differently around the world.

Many Latin American countries know the holiday as el día de los enamorados (day of lovers) or día del amor y la amistad (day of love and friendship). Though couples exchange flowers and chocolate on this day, the holiday’s focus is also directed at showing gratitude to friends!

In Japan, it’s customary for just the women to give confections to the men in their lives, with the quality of the chocolate indicating their true feelings, according to Fortune. On March 14, exactly a month later, the men repay the favor by celebrating the increasingly popular “White Day.” 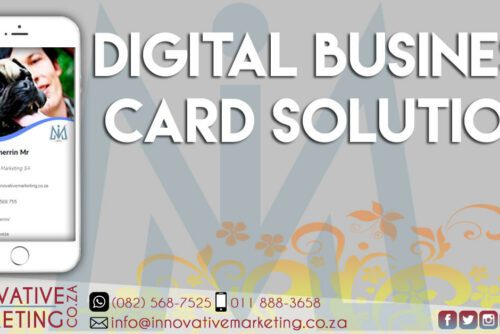 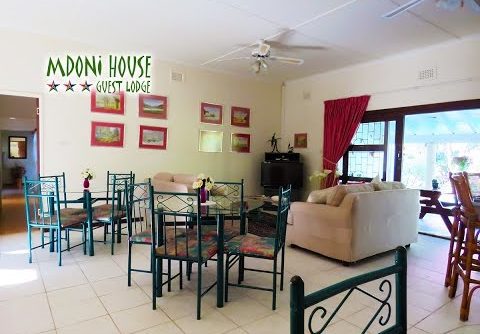 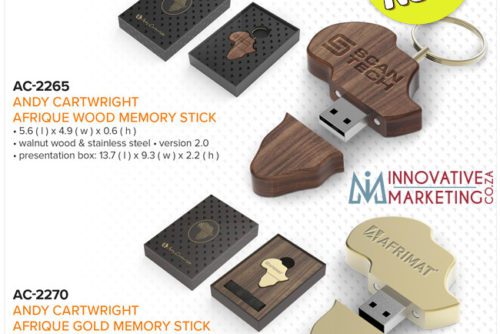